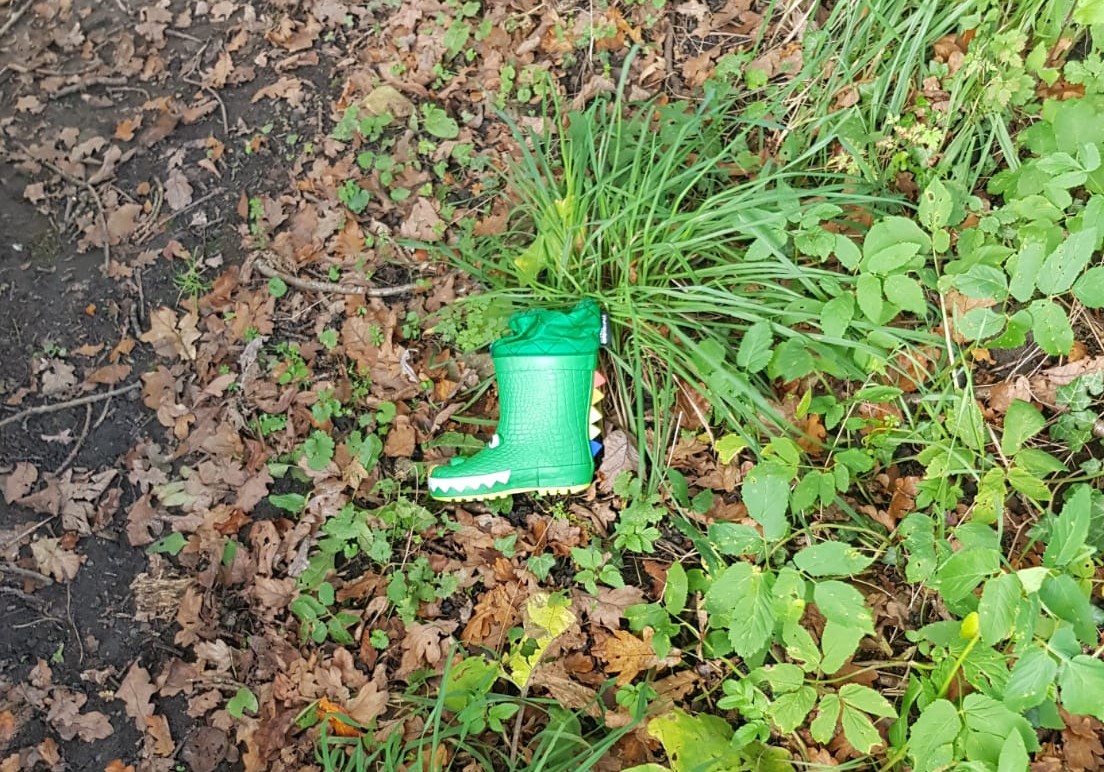 River isn’t our first son, we have an array of furry children and one of those is Benji our almost 7 year old Jack Russell I mean Terrior. Juggling both River and Benji was a sometimes a bit of a struggle when River was immobile and even worse when he was mobile but uncontrollable so we usually took it in turns to either have one or the other. Now we can enjoy both together in the great outdoors. So long as “the great outdoors” is somewhere where me and Benji can walk ahead and ignore the catastrophe that is happening behind us. 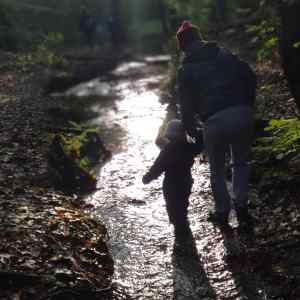 Two weeks ago we took them to the Fairy Glen at Parbold with a view to try out River’s new wellies and to make them both tired enough for a long afternoon nap. It worked, the wellies were a treat and River loved standing up to his armpits in the stream whilst more sensible parents walked past and judged us. On stripping River down in the boot of the car I must have dropped a wellie in the car parking area because when I went to retrieve it for his upcoming photoshoot it was gone. Disaster!

I convinced Frankie we should go back to the Fairy Glen again today – long walk, long nap etc etc but in reality I wasn’t letting the single wellie go. They cost £16 and I just wasn’t willing to admit defeat. We pulled up and my heart sank, plenty of plastic crap and detritus but no wellie-bob. As we were about to cross the road I squealed with a delight that sent a shock of fear through River’s bones who tossed his hands in the air in surprise. There it was, lying carefully discarded on an embankment hidden by another car. I sent Frankie to get it because, well spiders mainly, and she held it aloft like a golden cup. I didn’t tell her I saw something wet and slimy fall down on to her (a slug which I wiped off her about 20 minutes later.) 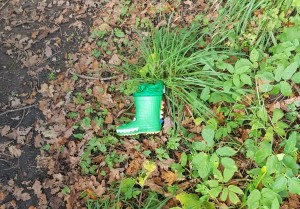 We went for our walk in the woods and River was the intrepid explorer we are growing to love. He only rarely now gets upset that he has much on his hands but in a display of translation error Frankie showed him how to wipe her hands on her trousers and now he wipes his hands on her trousers too. Good lad. He went stream dipping, stick fetching and fairy door knocking and now as I write this he is fast asleep and so is Benji.

Never give up on £16 wellies, you might get another adventure out of them yet.